We are happy to announce another major update to Rail Route: a train dispatcher simulator. With the latest version 0.10 we are bringing changes to automation system, new one-off contracts, more streamlined track speed upgrades and much more!

We have completely reworked the automation system and recreated it from scratch. We are introducing new active rail elements and call them automation sensors. You can build them on the rail tracks as easily as you can build the signals.

These sensors are connected to auto signals and can control them. The automation itself is done by some simple configuration of these sensors and that’s all. As the train passes, the sensor reads the current destination of the train and instructs the signal accordingly.

The next notable change is new kind of one-off contracts. To the recurrent contracts that are already in the game, you are offered with the new challenges. Try to run a Freight or an InterCity train with a steady schedule alongside your normal traffic. Freight trains are blocking platforms for a long time so you need to accommodate accordingly. InterCity trains on the other hand needs to be fast and on-time!

You can now build all kind of tracks with speeds you have researched. Slow tracks are cheaper so you should be able to expand faster. Better UI should make the upgrading process more pleasant! 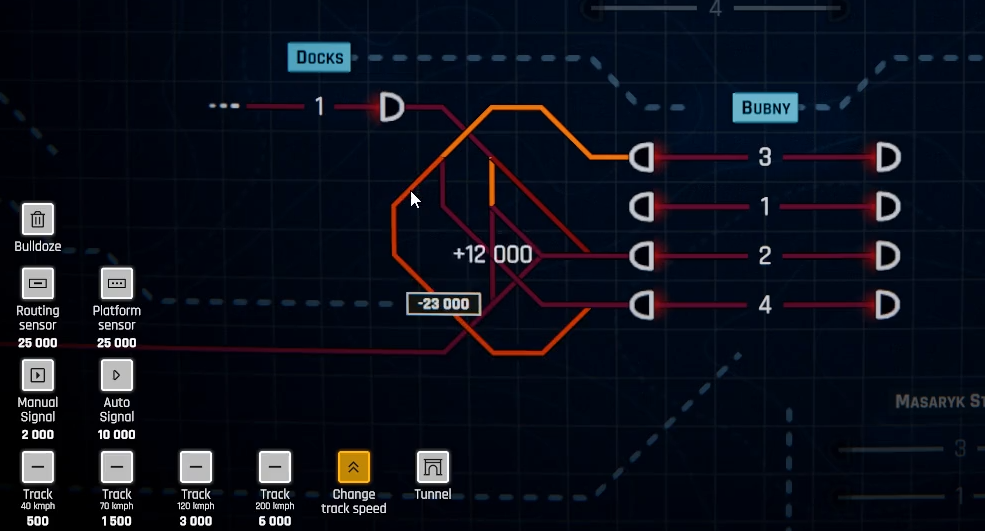 We have updated overall graphic feel of the game with new sprites and post processing effects. Try the alpha preview of the game and tell us what do you think! Join our community discord.

We are working hard to bring all the new features into Rail Route so stay tuned for future updates. Right now we are working on new Research system and completely new UI.